In my view, political parties on the right or at centre right tend to support short term profits and other business objectives whereas the left or centre left supports the long term goals of a fair and prosperous society for all.

The struggles of ordinary people go back thousands of years. Protests over food prices and wages gathered momentum in the 18th century. The gatherings and marches were called riots by the authorities and of course trade unions of any sort were illegal.

During the industrial revolution, pay and conditions remained very poor. Businesses could basically do what they liked, with scant regard for the general population or environment. Education of children was put on hold while they worked long hours in factories and the general health of the population was poor.

Things gradually improved during the 19th century. Labour started to be allowed to organise. Pay and conditions improved, very slowly. This continued in the 20th century and the labour movement pushed for pensions etc. Various other improvements were made.

We even had labour governments. These seemed to move society forward rather than just looking after business. Today we have a complex system of government that includes extensive policies on education, health, transport, working conditions, social welfare, income support, safety, the environment, the arts, and so on.

It is unlikely many of these things would have happened anywhere near the extent that they have without pressure from ordinary people, often organising into trade unions. The outcome has been that society is a much wealthier and fairer place, enabling business to expand greatly, something that wouldn’t have happened in a society where the general population was downtrodden. They simply wouldn’t have had the money to buy the enormous range of goods and services produced by business today.

Parties to the left of centre are about the ongoing movement towards a better society for all and that includes business. They are often accused of spending too much money, but evidence suggests that economic conditions determine deficits and surpluses rather than whether the party in government is left or right of centre.

The following excerpt is from my book, The Great Daylight Saving Time Controversy, and is from the start of the 13 page chapter on Tasmania, ‘Apple Isle leads the way’.

“Tasmania was the first Australian state to introduce daylight saving time. This took place in October 1916, three months before federal legislation put the other five states, New South Wales, Victoria, Queensland, Western Australia and South Australia, on daylight saving in January 1917. The Apple Isle turned its clocks forward for three summers during World War I, 1916-17, 1917-18 and 1918-19, whereas the other states opted out as soon as the federal government allowed them to in March 1917. Tasmania was also first with daylight saving in the post-World War II period, readopting it in 1967-68, four years ahead of other states.

The location and size of Tasmania probably makes it more suited to daylight saving than other Australian states, which are larger and warmer. The Apple Isle has a cool temperate climate, not unlike the United Kingdom and parts of Europe and North America. It is small, covering an area of around 68,000 square kilometres (26,000 square miles) or about half the size of England and, excluding small islands, extends roughly from latitude 40.7 degrees to 43.6 degrees south and from longitude 144.6 degrees to 148.3 degrees east. The state doesn’t have to worry about large differences in solar time between west and east or warm evenings. Sunrise and sunset times in capital city Hobart in midsummer would be about 4:30 a.m. and 7:50 p.m. without daylight saving.

Tasmania wasn’t the first Australian state to introduce a daylight saving bill into its parliament. Victoria brought in eight bills between 1908 and 1916 and New South Wales three from 1909 to 1916 before the Commonwealth government moved to bring in nationwide daylight saving. Initially, Tasmania seemed less than enthusiastic about the concept. During a discussion on daylight saving at the May 1915 Premiers’ Conference in Sydney, Tasmanian premier John Earle of the Labor Party quipped: “We anticipate in our state having shortly an electrical system that will be better and cheaper than daylight!”[1]

Despite Earle’s comment, a Daylight Saving Bill to “promote the earlier use of daylight in summer” was brought into the Tasmanian Parliament on 1 July 1915. It would apply for six months each year from September to March. Charles Howroyd, Labor member for Bass, was opposed to the bill as he felt it would be used as an excuse to extend overtime and wanted a committee to inquire into and report on it.

A select committee of five members, including Howroyd, was set up on 30 September. It sent a circular to 100 businesses, trade unions, government bodies, and individuals, seeking their views and pointing out what it saw as the advantages of moving the clock hands:

The committee met six times and examined 20 witnesses. Support for daylight saving was strong. The transport sector, post office and education department were in favour as were large businesses and unions. Objections were considered from occupational groups who already rose early although the committee felt this affected only a small minority of the community. Also, theatres were worried that people wouldn’t attend while it was still light outside, but this concern was brushed off by the committee. It admitted that it thought the saving in artificial lighting would be small and any advantages for licensed houses minor. The committee saw the benefits relating to recreation and military training as significant but better general health from lower use of artificial light as less important.

An amendment to shift the start time to October was proposed as the weather was still quite wintry in Tasmania in September. Howroyd tried unsuccessfully to get the committee to reject the whole idea. A favourable report was released on 23 December 1915, much later than the scheduled date of 2 November. But the bill went no further.

It was followed up by a Daylight Saving Bill introduced by treasurer Neil Lewis on 2 August 1916. The bill passed through the House of Assembly on 18 August but was held up in the Legislative Council as John Hope of the Anti-Socialist Party and member for the rural electorate of Meander wanted it stopped. However, the motion was lost 12 votes to 4 and the bill was passed, becoming the Daylight Saving Act 1916 on 22 September.

This was Australia’s first daylight saving time legislation. It was to apply from the first Sunday in October until the last Sunday in March each year. Newspapers reported: “Practically everybody is welcoming the innovation. Only farmers and milkmen are growling, because it will shorten their early morning.” Clocks were advanced one hour at 2 a.m. on Sunday 1 October 1916. Daylight saving was applied in all Australian states and territories from 1 January 1917 under federal legislation (see chapter 18: Southern states in and out of sync). This ended on 25 March, the same day that Tasmania reverted to standard time under its own Act.

Many people, especially in the country, were opposed to daylight saving. …

[1] Victorian Parliament, Report of the Resolutions, Proceedings, and Debates of the Premiers’ Conference held at Sydney, May, 1915, Melbourne, Victoria, Australia, 1915, p. 65, at http://www.parliament.vic.gov.au/papers/govpub/VPARL1915No24.pdf

The Great Daylight Saving Time Controversy presents a detailed history of daylight saving time in all countries. It is available at Amazon, Kobo Books, Apple and Google. 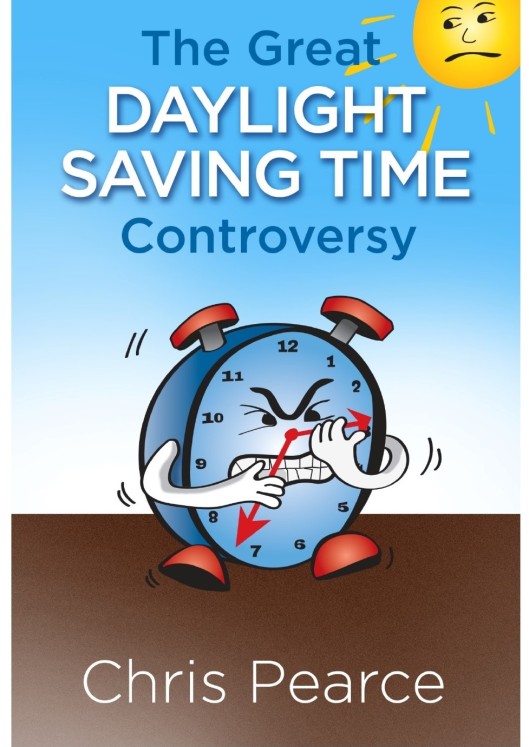